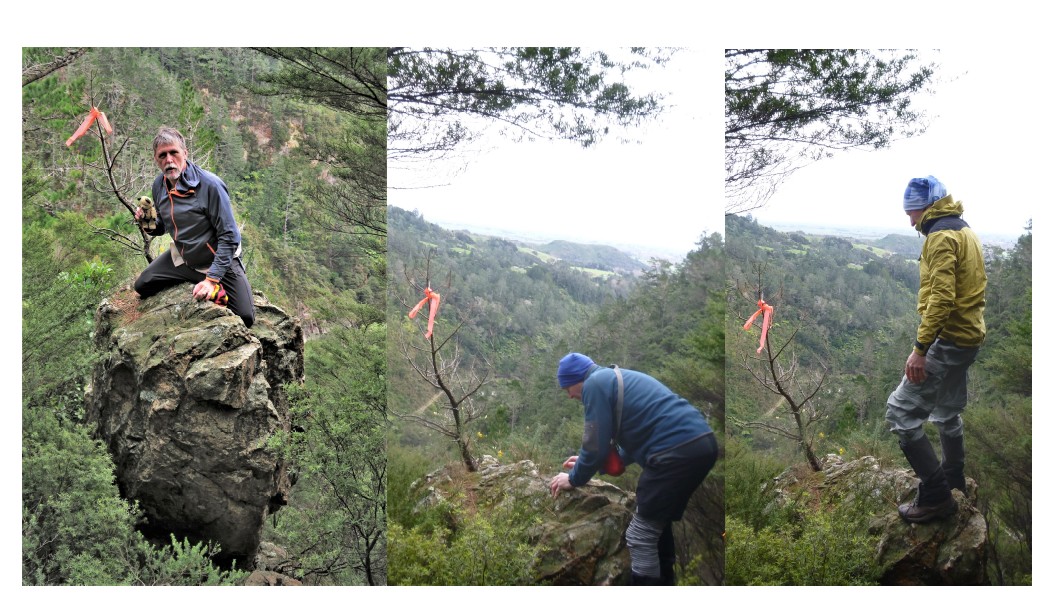 Eleven of us (Ian , Carl, Cate, Michiel, Anna, Yvonne, Sharon, Janice, Kevin, Alex Deverell ( new member) and Lorna (leader) assembled at Mill Lane on a rather cold and bleak winter’s morning for the relatively short drive to Karangahake and the start of our trip to Tuakane , more commonly known as Pivot Rock. Despite several trips to the area I had never heard of this feature and once we left the main “Windows ” track I realised why! The track was steep, overgrown and pretty indistinct although after 15 to 20 minutes it eased off and followed one of the gold mining tram lines that litter this area. Pretty soon we came across a mine entrance and for the next 30 minutes explored the two main mine passages which evidently extend a lot further than we were prepared to go.

Although following the track we were on looked the easiest option, our leader, who had done her research well, led us up an almost vertical bank to the next level. From here the track eased off although stlll headed upwards until cresting the main ridge. From here it was just a matter of navigating along the ridge, grabbing an old rope which was anchored to one of the numerous trees and dropping down to the base of Pivot Rock. The Rock was rather smaller than I imagined, but a very original shape and true to name, pivoted slightly when shaken. A couple of thrill seekers climbed up and stood up courageously and were rewarded with great views to Mt. Karangahake opposite and the gorge below. 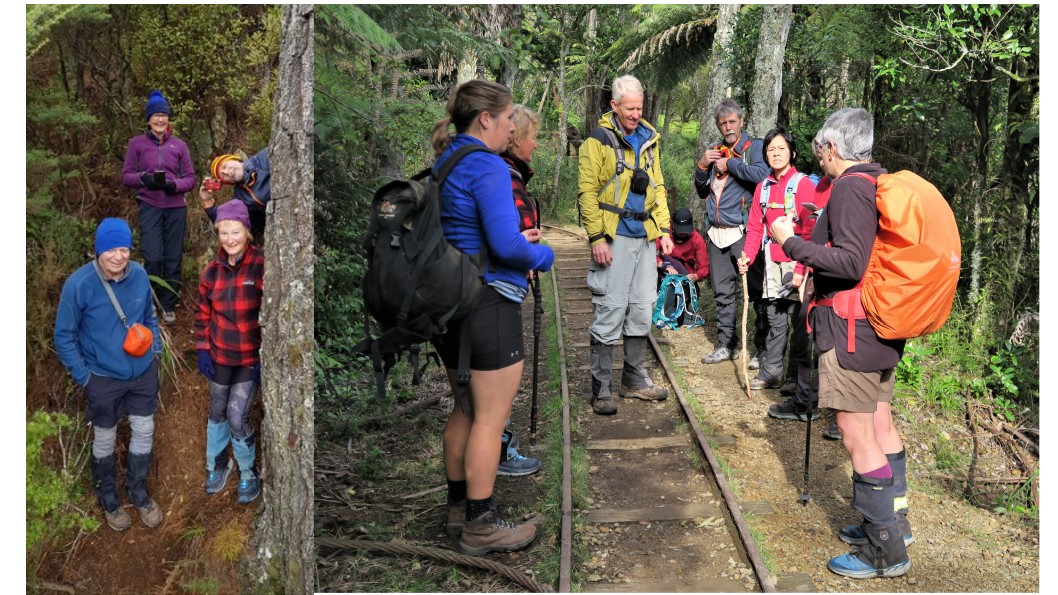 The descent back to the Windows track was via a different route which took us high above the Ohinemuri River and SH 2. The sun had decided to show its face so we enjoyed lunch in the sunshine before completing a loop back to the van via the Windows track. While walking along the track I related a yarn of how, many years ago, I came down this track (then known as the Paeroa Pipeline track ) with my wife, as a warm up trip for a trek to Nepal. We had already climbed Karangahake and completed the full circuit via Dickey’s Flat so it was fairly late in the day and I was reassuring Lorraine that the car wasn’t far away when we were stopped in our tracks by a gate constructed of steel reinforcing rods which barred our exit from a cavern we had descended through. There was no way past the gate so he had to retrace our tracks back to Dickey Flat and walk back along the road to the car arriving around 10 pm. My wife was not amused ! 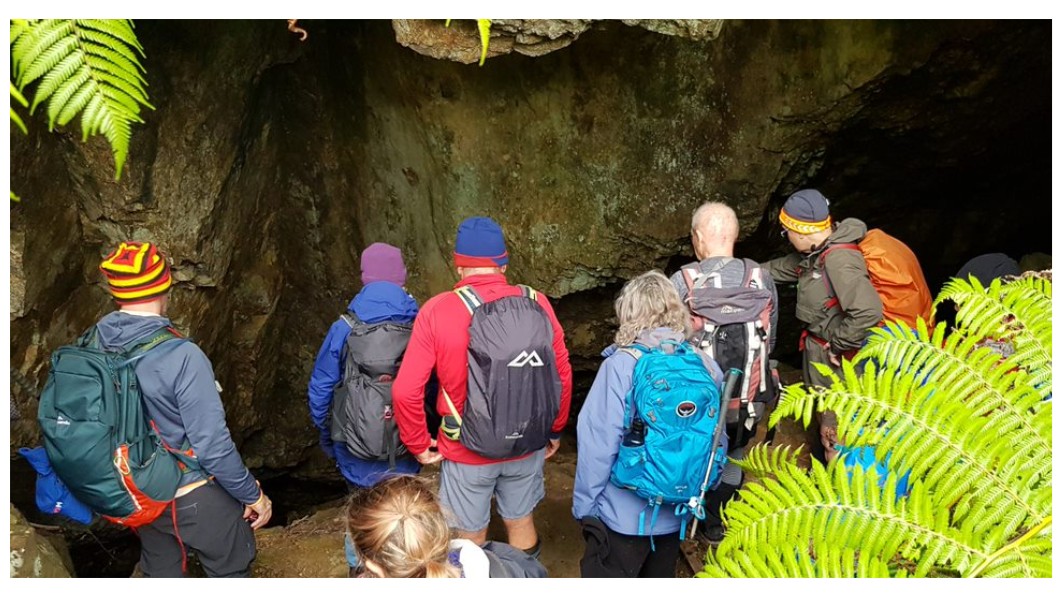 Lorna had never heard of this cavern so, with plenty of time on our hands, we opted for a bit of an investigation and soon found where the old pipeline left the present day Windows Track. Backtracking along this we came to the large cavern I had described to the group. A good portion had blown out and the whole area looked pretty unstable so no doubt that is the reason that the entrance was blocked up and the track rerouted.

Unfortunately our thoughts of getting home early were dashed when the main highway was closed due to an accident and we had to drive home via Waihi and Tauranga. Nevertheless a very interesting day with a touch of nostalgia thrown in. Thanks Lorna.   <reflection & photos by Kevin Bailey / additional photos by Little Ted>