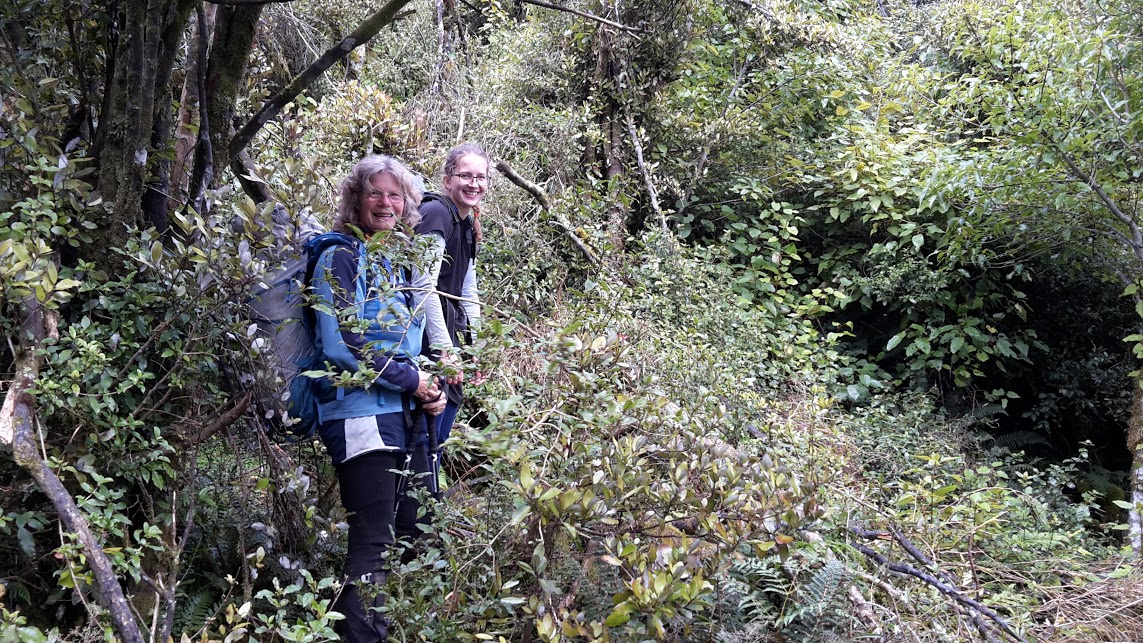 Finally we got to taking on this challenge!

It all started a couple of years ago when me, Anna and Lorna were present at a Waikato Tramping Club meeting for a talk on the Kaimais Ridgeway Project by Tony Walton from the Auckland Tramping Club. At the end of the WTC meeting their trip programme was briefly announced. When the trip into the Waipunga Forest was announced, somebody yelled out “oh, the trip to hell”. I looked at Anna and Lorna looked over her shoulder to me and after the meeting the trip was added to our wishlist. I heard that the WTC trip was canceled and I'm not sure whether they ever did it. I searched the internet and found a Wilderness magazine article from 2013 titled “Mission Impossible”. Now I really became interested! It was about a 4-day trip from the Whirinaki end via Upper Matakuhia hut to the Lower hut and back same way out. Other reports from 2013 and 2015 were about trips to the same huts and a Halfway hut via the Opureke track that starts off a forest road not far off the Taupo-Napier road. All talking about overgrown tracks, sometimes hard to find markers etc. Tracks are no longer maintained by DOC; the way into the Upper Matakuhia hut apparently kept in better shape thanks to a hunter that has his second home there.

Since we only had a 2-day weekend I chose the Opureke track to the Lower Matakuhia hut (5.5-7hrs according to a Wilderness magazine Wild file) and to hopefully have a look at the state of the other tracks. Lorna was in Ozzie and Kevin on Stewart Island, but we still managed to get 6 people in total for the trip, included a newbie (David) who hadn't carried an overnight pack with tent for 18 months, but was deemed fit enough to tack along. Also present were Wendy, Cate (fit from her 6 months Te Araroa track walking) and Tessa (back after finishing her study in Dunedin) plus Anna and me. We left Hamilton at 5.30, picked the ladies up in Cambridge and were at 8.45 at the stgart of the track.

Well, we certainly got a taste of hell! It started off OK along the Opureke track, although with several windfalls, but relatively easy to get around. Close to the saddle near Opureke mountain (1107m) we chose a right around a windfall, found somebody's short, got higher up the slope and had to navigate back down to find the track again. After a clearing (apparently just off the track) we followed the sidling track which was quite OK for a while but soon it really became messy. Not only the recent cyclones, but also a couple of years snow damage had flattened whole areas. We decided to get around this large area by cutting the corner, following our mobile GPS, bush bashing down a gully, across the start of a stream and back up again. We stumbled upon an abandoned hunter's camp with properly dug bush toilet complete with plastic seat and cover! When we had climbed up we found a nice little clearing for lunch. I had a look at the map and it was clear that we were nowhere near where we should have been by now (2pm), it had taken us 5 hrs to do roughly 3 km! We discussed and agreed upon first finding the track above us and to see what state it was in. We soon found it, checked it out to the right and the to the left, but it was more of the same mess. Back at the lunch spot we discussed our options. Even the Halfway hut (shelter) would be out of our reach, so we chose to camp in an area around a big tree we had found not far up. But first back down to the stream to collect as much water we could. Then to the camp and after a bit of gardening: home sweet home! Soon everybody was having a warm cuppa and chatting away. The weather had been kind to us and we even had the last of the sun on our spot! Soup and dinner tasted like heaven (in hell). It got a bit cold later so we all crept into our tents. Most of us were kept awake during part of the night due to the gusty wind. Next morning we had our breakfasts, packed up and went to find the track again. This time we decided to stick to the track as close as possible no matter what mess we had to go through and spend time to keep on looking for the next marker. We managed to find the sidling track again, still had trouble finding the way in a couple of spots, but all in all things went better and we 'only' took 3 hrs this time for the 3km! The spirit was good in the group, we had survived this part, we had a fair idea of what is possible and what not. It was a good recce trip and thanks to all who joined in! After changing clothes and driving back to the SH, we went a bit further left, stopped at the Waipunga Falls lookout and continued on to the Tarawera Cafe to treat us on a good lunch and I talked to owner Jim about the area. Then it was back home, a bit earlier than expected.

Compliments to newbie David, who took everything in his stride as a seasoned tramper and to all others for the excellent team work. Everybody booked in already for the next episode, which probably will be a 4-day Trip Through Hell next year summer when we hope to prove that the mission can be possible. See you there! 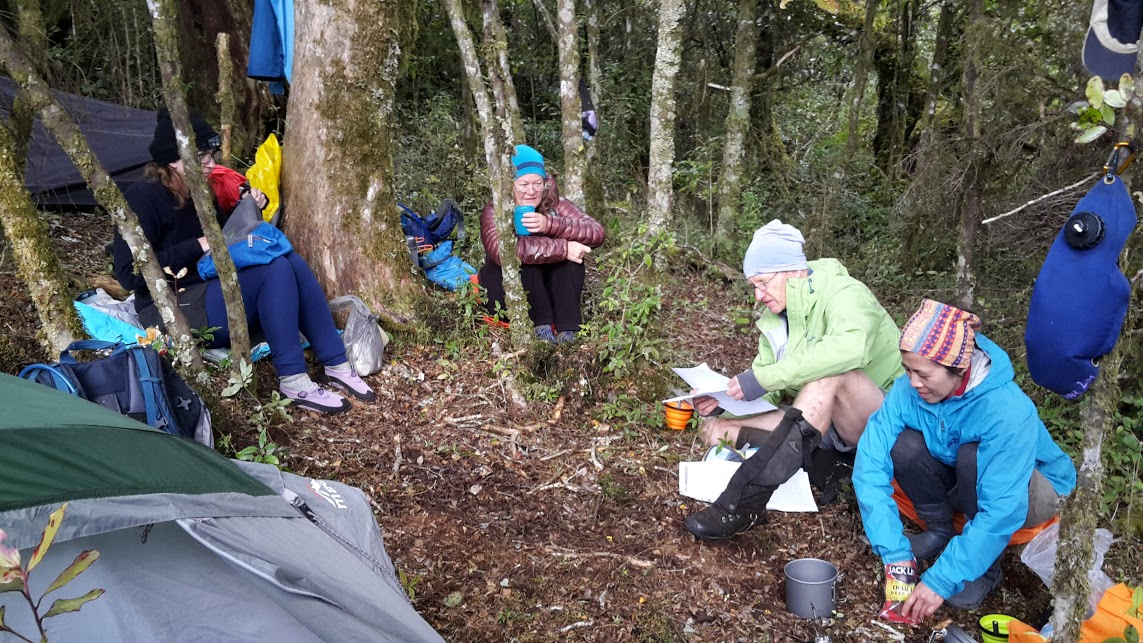