The Te Araroa Trail is gaining increasing prominence within tramping circles around NZ so I’m always keen to do bits of it when the time and opportunity permits. In fact, we were lucky enough to have one of our members (Cate) on the tramp who had just completed the trail so it proved a good chance to discuss how she’d found undertaking such a long journey and what she’d learned along the way.

My co-leader and I had lost the track at one or two points when we had done the recci so I was keeping my fingers crossed that we would be able to find the correct track this time round.   I had downloaded the Te Araroa track notes and GPX files on to iHikeGPS but felt certain that they were incorrect at one point in particular. Interestingly, Cate had a different app on her phone (Guthook) where she could access comments from recent travellers. This confirmed the error and advised where the correct track markers were to be found.

We almost had a full van load for the 12.5km (approx) tramp which was great: a nice mix of long standing members and some newer recruits. The track starts about 1.5 km up Fullerton Road, which is to be found just before you reach Waitomo Village. From there it takes you over farmland and then up through some scrubby type bush, steep and slippery in places, to a nice look out point where we stopped for morning tea. At this point the ‘worst’ bit of the track was behind us. The track then dropped down to a farm track and then took us through Pehitawa Reserve with its magnificent stand of mature Kahikatea trees.

We found another nice spot for lunch at which point we were over the half way mark. After lunch it was a relatively leisurely stroll over farmland and farm tracks to the trig point overlooking Te Kuiti after which we dropped quite steeply at first, through some pine trees to link up with Brook Park Reserve located at the northern end of the township where the van was waiting for us (thanks for doing the relocation, Tim).

We had made good time and Bosco Café was still open so drinks and snack were on hand for those who wanted them.

We got back to Hamilton around 5pm having had an enjoyable day with pleasant autumnal weather. 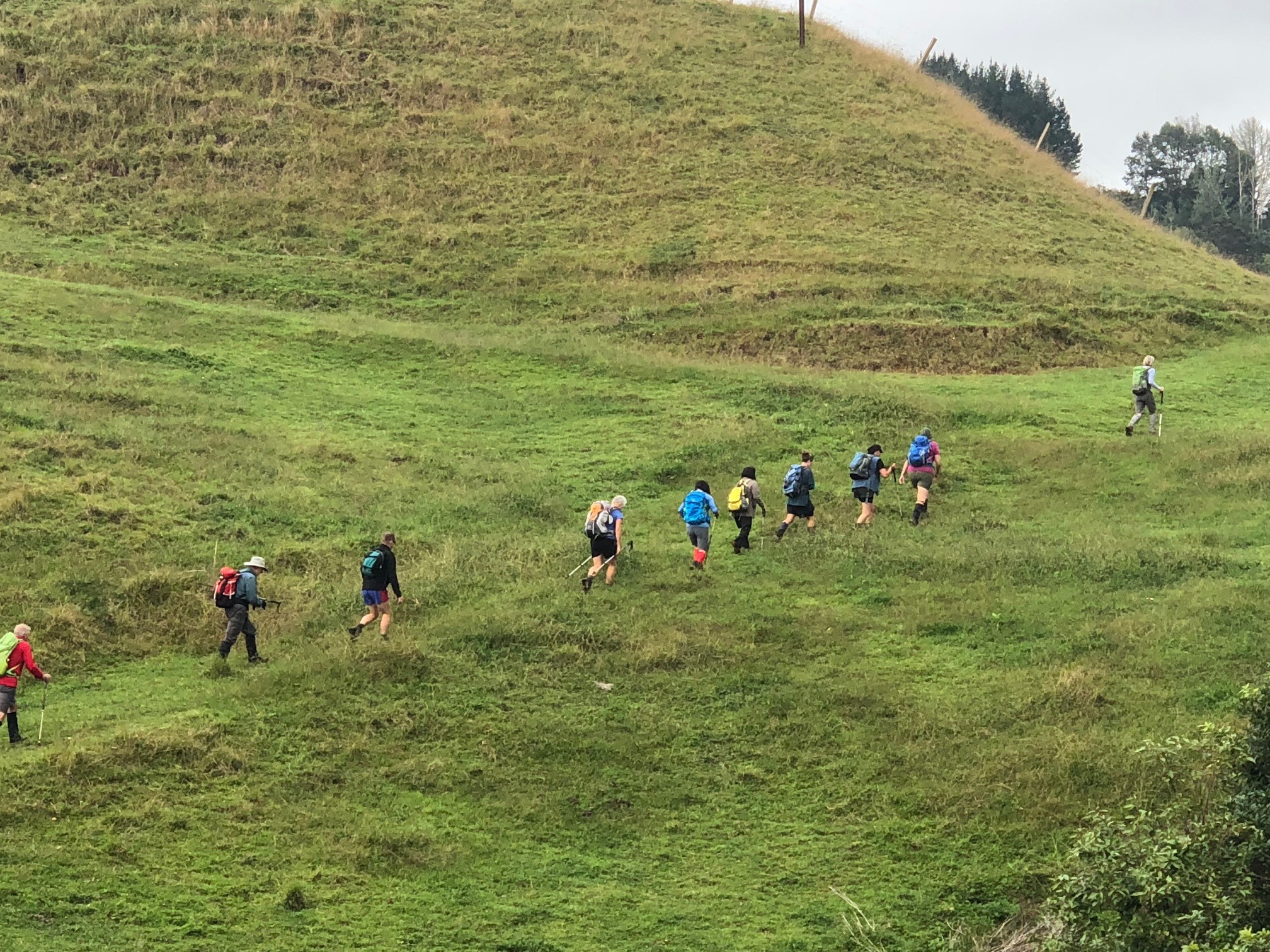