An almost full van of happy trampers set off on Saturday morning looking forward to what was likely to be an easy and interesting walk down the Ohakune Old Coach Road.   It was the standard trip down to National Park, with the compulsory stop in Taumarunui for coffee and pies, after which we carried on for a further 30minutes or so until we came to the start of the walk near Horopito. 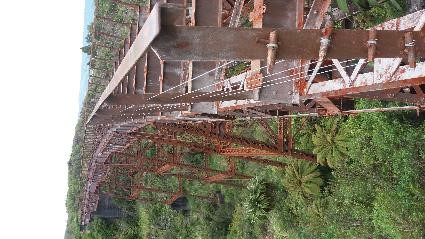 The Old Coach Road can be both walked and cycled and we saw a few cyclists who had travelled from the Ohakune end and were at their turnaround point. The track is well formed and very easy, so really it was more of a leisurely stroll than a typical tramp. We ended up taking 5 hours to walk around 12km with quite a bit of time spent reading all the information boards, taking photos and stopping for snacks.

The original Coach Road was built in 1906 and used to carry passengers and goods between two railheads on the North Island main trunk line before they were linked in 1908. After this time the road was no longer required and so became overgrown and somewhat forgotten. I was only in 2002 that locals began to clear the remains of the road and following further research by DOC historians the Historic Places Trust gave the road a Category 1 Classification which means it must be protected and not allowed to deteriorate.

In 2005 locals formed a committee to manage the restoration and when the Ohakune Old Coach Road was chosen to be part of the Great NZ Cycleway government funding enabled the road to be fully cleared, drains opened, bridges built and new cycle tracks created.

Heritage features along the trail include a unique cobbled road (to make it easier for the horses to pull their loads), two steel lattice viaducts at Taonui and Hapuawhenua (since replaced with concrete ones when the railway line was realigned and electrified in the 1980s) an old railway tunnel and railway bridge remains. 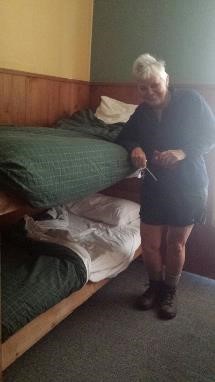 We returned to National Park from the end of the walk at Marshalls Road carpark, just outside of Ohakune, to spend the night in the very comfortable Pipers Lodge with folk enjoying a range of accommodation standards from rather posh (own room and en-suite) through to moderately acceptable (very small beds for full sized men!).

The next day, the group split into two: half opting to do the ever-popular Taranaki Falls walk near Whakapapa and the rest the advertised trip to Tapapakurua Falls which starts from Fishers Road outside National Park.

Special thanks to Alan who did ALL the driving during the trip, to Adrienne for leading the trip to the Tapapakurua Falls and to Kathy and Alan for organising a very enjoyable weekend away! 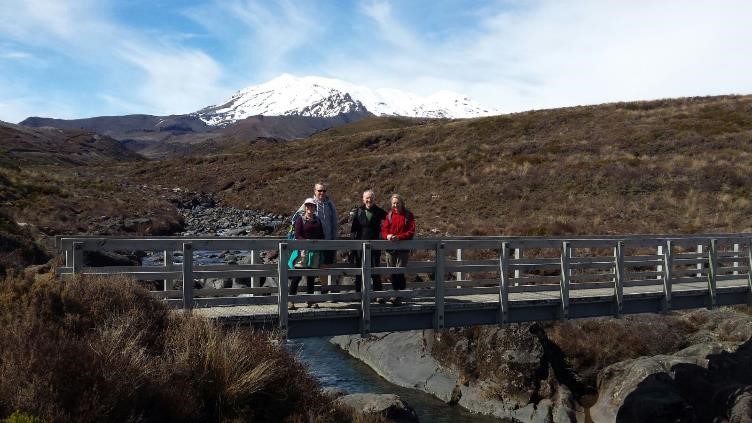