All eyes were on the heavens as we woke that morning.  The forecast was for ‘showers, some heavy, clearing’ but at around 7.30am there was an almighty downpour.  There followed some rapid text exchanges between me and some of the participants as to whether or not the tramp was still on and given that we were going by private vehicles I ended up giving people the option to pull out if they wanted.

I ended up with four brave souls (Chris S, Ian K, Bruce L, Yvonne O) who decided to give it a go and as luck would have it the rain eased to fine weather as we ventured out towards Raglan.

As this was an A to B tramp we took two cars and left one at the end of the track, signposted from Fillery Road, which is off Limeworks Loop Road.  After depositing our spare clothes in this vehicle we all clambered in to the second and set off for the start of the track at Four Brothers Reserve on the Hamilton-Raglan road.

By this stage there were glimmers of sunshine! The Four Brothers track is a short 15min walk through bush which then joins the northern section of the Karamu Walkway. This section crosses open farmland and is clearly marked with white posts and orange markers.  There are lovely views to be had all the way along; of the Hakarimatas in the north (somewhat obscured by rain clouds), Karioi and the coast to the west, Pirongia to the south and Hamilton city to the east. However, the track was MUDDY.  I had warned folk of this fact but I think everyone was surprised as to how much there was.  Poles were definitely useful, and I’m sure Ian was thankful that he’d decided to purchase one!

After just under 1.5 hours we arrived at Old Mountain Road, where we decided to stop for morning tea.

The Karamu Walkway track continues just across the road and this southern section forms part of the Te Araroa trail.  Crossing more farmland studded with outcrops of limestone and climbing up onto a ridge, we enjoyed more great views and took a couple of photos to prove we did have some nice weather! There followed a relatively steep and muddy descent and shortly after we decided to stop for lunch because a) we found a relatively mud-free spot and b) because the sun was shining and we all needed to strip off a layer or two.

The last leg of the tramp took us thorough a remnant of bush and then down a farm road to the grassy flats beside the Kaniwhaniwha stream.  The old swing bridge across the stream has been closed and is due to be removed, so we continued along the marked route above the lime works mill and back to the carpark.

The tramp had taken us just under 5 hours and according to my newly discovered app we had walked 12.33km. Well done to those who chose to join me!  I’m sure we all felt a sense of achievement once we had dealt to our muddy boots and clothes and sat down that evening to savour a glass of wine or two! 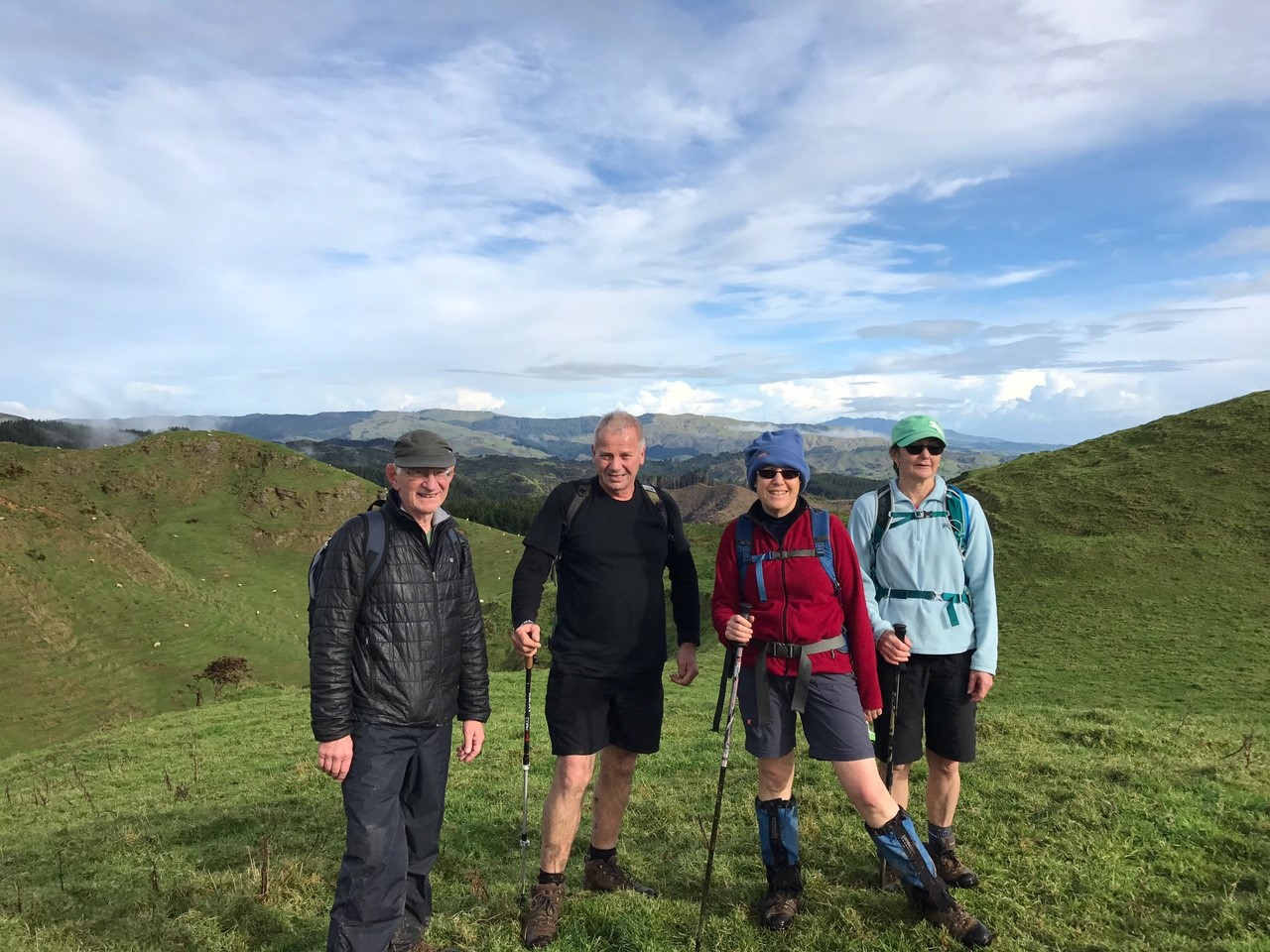 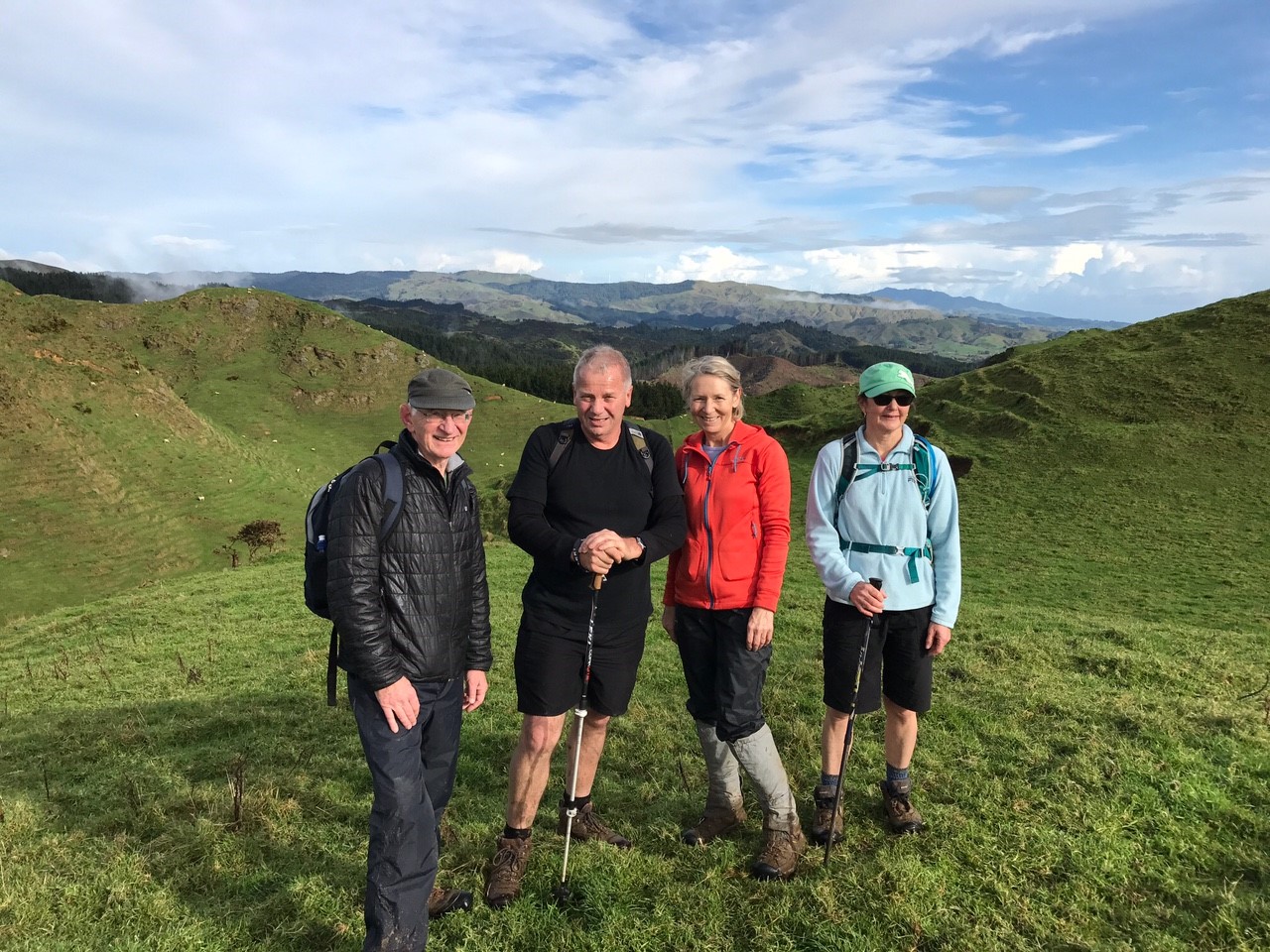