I wanted to do this section with the Hamilton Tramping Club on one of their scheduled tramps. The information I had on this section indicated that the track was both poorly marked and over grown and I was not confident to do it alone.

Kathy the tramp leader picked me up from WAITOMO around 8.45am and after meeting the others we headed off to the track start and were underway by just after 10am.

The track had been recently cleared where we diverted off Gayne Rd (a farm track) and we made good progress finally popping out onto paddocks before heading down to an old wool shed at the Mahoe Rd end. No problems so far plenty of markers and a clear track to follow.

After a short walk down the road we stopped for lunch around 1pm at the start of the MAHOE TRACK. We had covered approx 9kms and we had nice bush and some great views out over the surrounding countryside once out on the farm land.

Once down we were onto another farm track that followed the fence line for another 1 ½ hrs in scubby regrowth. It had been a long day and we were all pleased to scramble down the last bush section to arrive at the MANGATITI Stream where we had a nice little flat area to set up camp beside the stream. 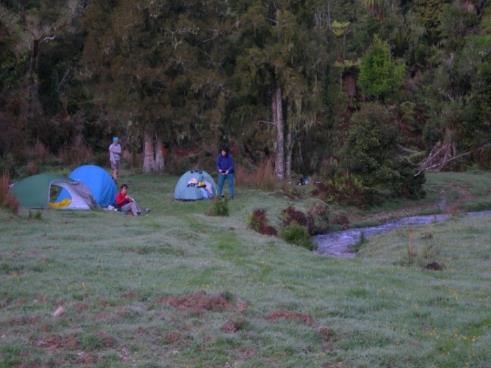 We awoke to a cold but clear morning. After breakfast and packed up were moving on by 8:30am. This was the bit that I had heard that people were getting off trail, the GPX file I had downloaded from the website showed a different route to the TE ARAROA map. As it turned out if you follow the fence line to the top of the hill where there are twin markers directing you into the bush onto a clearly marked track you can’t go wrong..

We had probably come up the wrong side of the fence as there was no stile but with a group we had no problem finding our way. The TE ARAROA map is in fact correct, the GPX file was four kms shorter but in the wrong place.

We carried on until we reached the MOAKURARUA STREAM which had the wet weather warning on it, however we had a brilliant day and waded across up to our knees.

After a short break here we then headed up some steep 4 wheel drive tracks,which would be slippery when wet, eventually coming out at the NGATAPUWAE RD end where lunched. 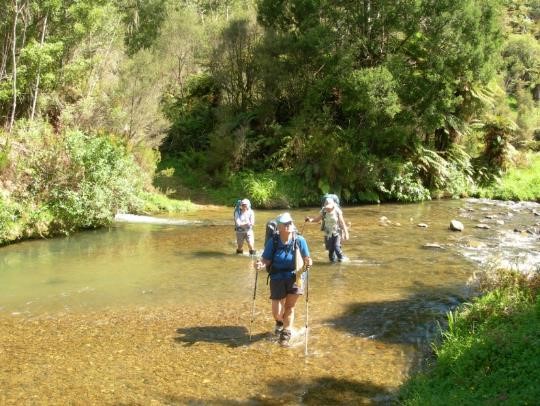 After lunch we had a leisurely stroll down the hill before joining the WAITOMO RIVER track for the short walk to our destination and a cold beer.

A nice tramp with some very nice like minded people. 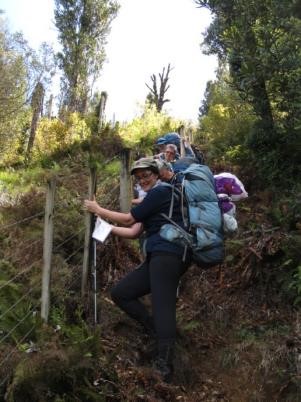 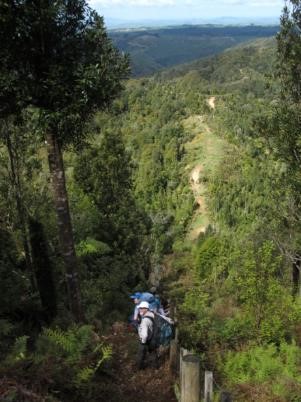