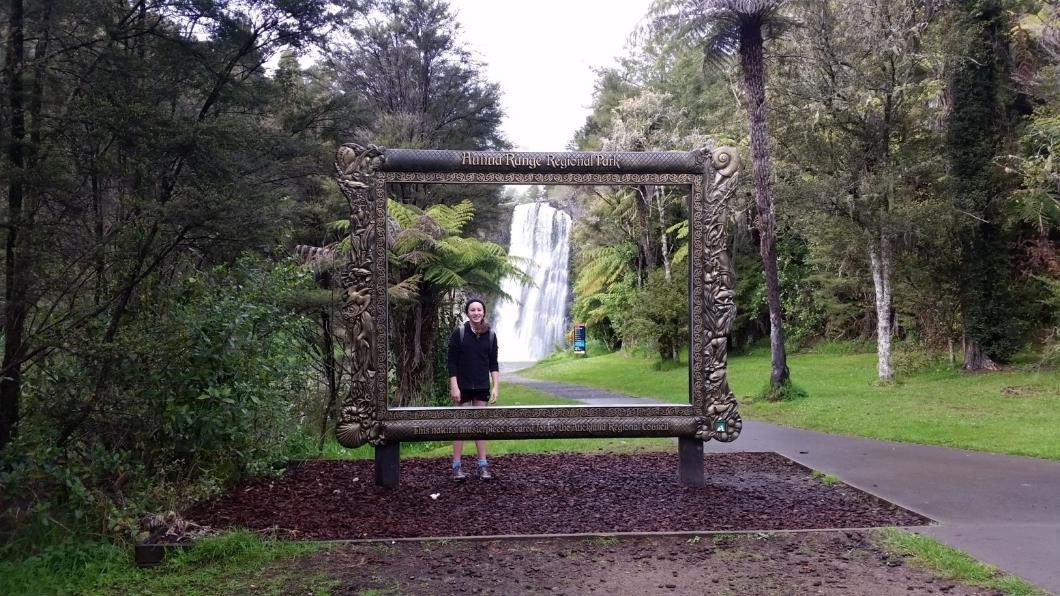 Dad and I dropped the group off at the starting point of the track which was on Otau road beside Wairoa reservoir and then we drove to the end where the Hunua Falls were. When we walked in to meet up with them there was a boot cleaning station which I thought was in a strange place but after Dad explaining it to me I knew it was to prevent the spread of Kauri dieback as further up the track there was a big stand of Kauri trees.

We met up with them and had some lunch; we talked about how their morning went and then continued towards the reservoirs. There were some great views of the lakes on the way down. 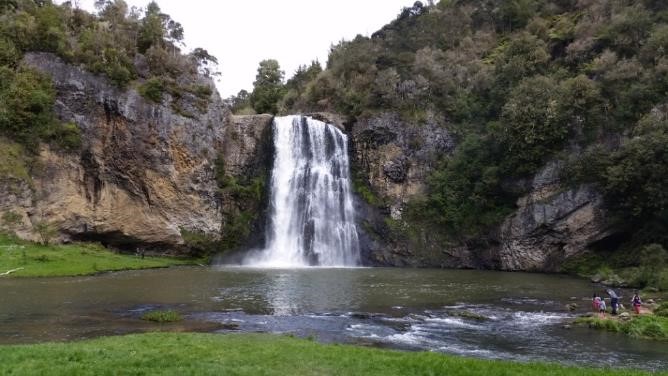 Once we reached the reservoir we walked across the Cosseys dam with a lake on one side and grass right down to the bottom of a valley on the other side, which seemed strange to me. We had afternoon tea at the end of the dam where we could hear all of the frogs croaking on the water’s edge. We walked down Cosseys gorge track back to the van. All in all it was a nice day with well-formed tracks with plenty of interesting thingsto see. 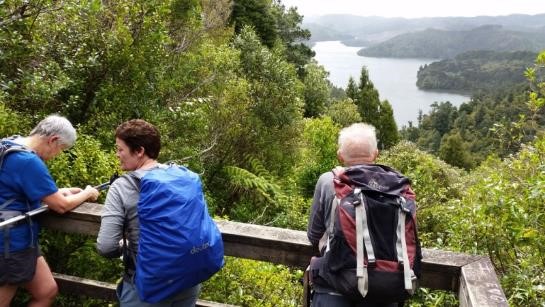